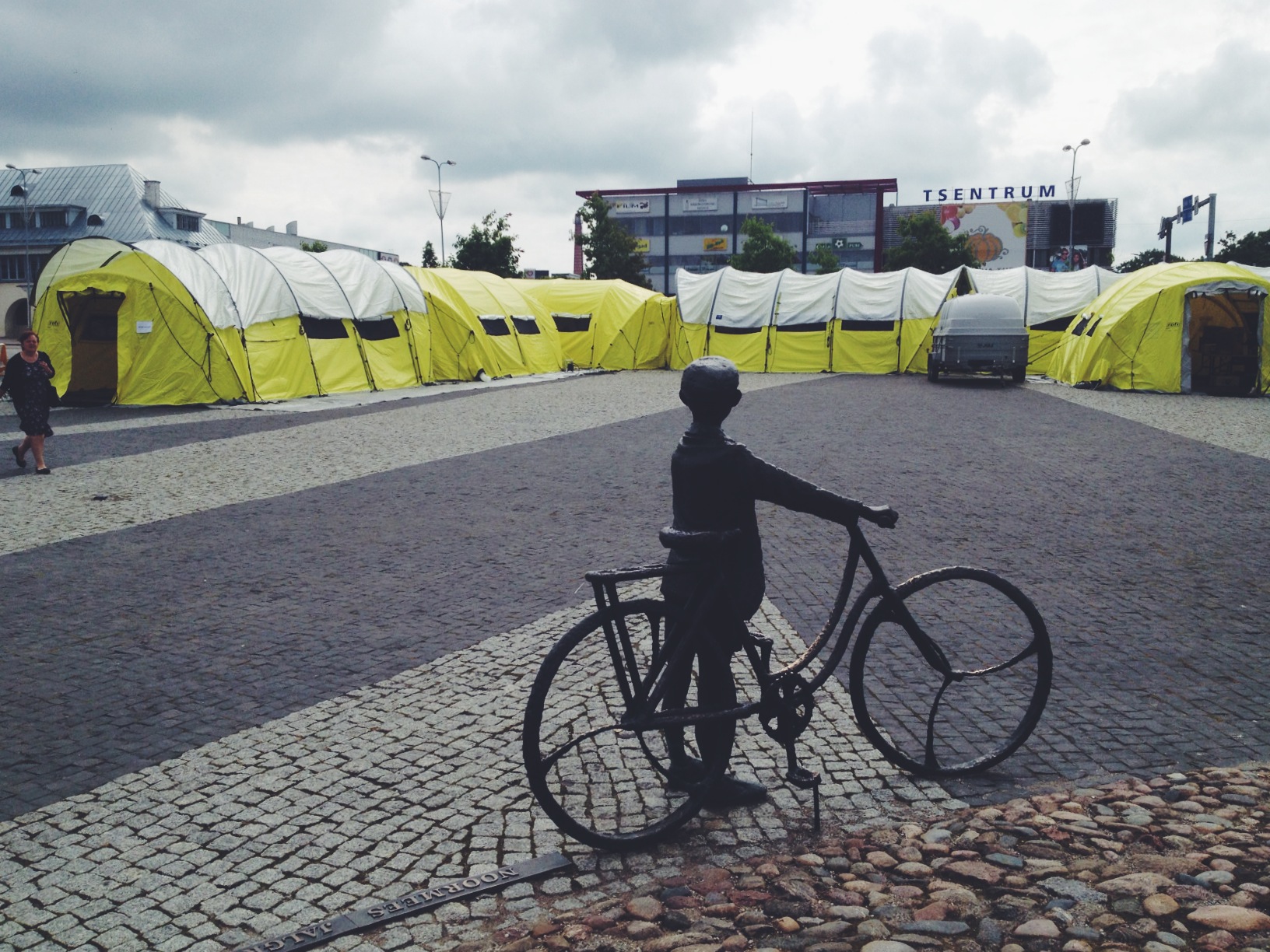 The North Estonia Medical Centre’s Blood Centre invites the public to the tents on Rakvere’s main square to make blood donations on 15-16 June from 12-18 and on 17 June from 11-17.

“The donor tent tour that started in Haapsalu continues in Rakvere over three days. Judging from last year’s experience, we expect many active donors from the Viru counties – Viru blood is after all one of the most solid!” said the Blood Centre’s development director and initiator of the donor tents project Ülo Lomp in tribute to north-eastern Estonian character. He added: “We are very glad to invite everyone who cares about themselves and others to give blood in our cheerful yellow-coloured tents. There’s always a pleasant atmosphere, great prize drawings are held and entertainment is provided by the mascot, Dona the Pelican. All people in north-eastern Estonia who are in good health and want to do some good are extremely welcome!”

On the six days during which the Rakvere donor tents operated last summer, 725 people gave blood, of whom 109 were donating for the first time. A total of 326 litres of valuable blood was collected.

To be an eligible donor, you should be healthy, rested, have recently eaten, weigh at least 50 kg and be between the ages of 18 and 60, and be either an Estonian citizen or have lived in Estonia over a year on the basis of a residence permit. The Blood Centre encourages donors to give blood regularly, three or four times a year. Each donation helps at least three patients. Donor blood is most often needed by cancer patients, women in childbirth and newborns, and patients who underwent serious operations. Anaemia, blood loss, severe injuries; and people with various other illnesses are other conditions where a transfusion may be needed. Around 20,000 patients a year receive blood transfusions at Estonian hospitals.

The donor tents are touring the country for the ninth summer under a motto that points out that donors also do their part to contribute to national defence. “Donorship can be seen as a contribution to national defence. People need protection every day and with the support of people who give blood for charitable reasons, we can help those in need,” said Lomp.
The tour, which runs from May to September, makes stops in nine cities and towns:  Tallinn, Keila, Rapla, Paide, Haapsalu, Rakvere, Pärnu, Tartu and Viljandi. This year, separate Estonian and Russian-language information pages have been set up at www.doonoritelgid.ee, providing all manner of information related to the donor tents.

The donor tent project is made possible through cooperation with the Rescue Board, the Defence Forces, the Ministry of Social Affairs, the Ministry of Defence, the Police and Border Guard, county and city governments, the Road Administration, the Defence Forces recruitment centre, the National Defence College, the Defence League and Estonian Red Cross. The donor tents are supported by very many Estonian institutions. The tour operator Goadventure will hold a drawing open to blood donors, where the grand prize is a weeklong trip for two to Turkey.

For more information on the summertime donor tents, visit www.doonoritelgid.ee

More information can also be found on the Blood Centre’s website www.verekeskus.ee and the Facebook fan site Doonorid ja Sõbrad.