If you get an invite, be sure to accept it. Apheresis donors are the donor elite – not everyone gets asked. 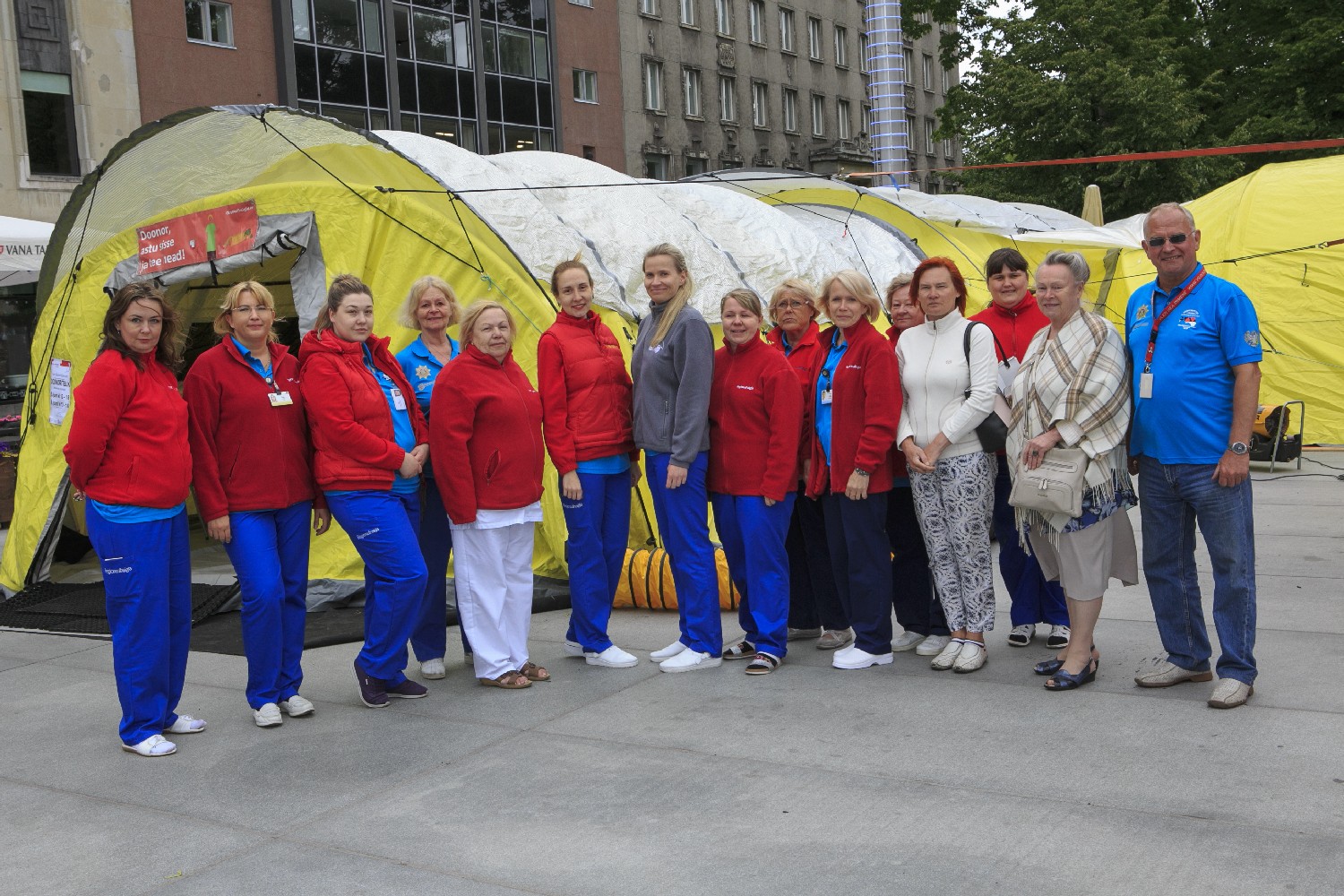 Donor tents will go on tour this year under the slogan “Ka doonor on riigikaitsja!” (“Donors defend the country, too!”). The tour will take place from late May to mid-September, making stops in nine Estonian cities: Tallinn, Keila, Rapla, Paide, Haapsalu, Rakvere, Pärnu, Tartu and Viljandi. The tent tour runs for 20 days.

Ülo Lomp, Donorship Development Manager of the Medical Centre’s Blood Centre and the founder of the donor tent project comments: “The summer tent tour has become a natural part of the work of Estonian blood centres. The most important thing during the first years of the project was to ensure that the tents covered the increased need for donor blood in summer. Now, the aspect of promoting donorship has become a significant added value because the tents are open and visible to everyone. People often come because they are interested and want to obtain information and once they have it, the visit usually ends with a successful blood donation. It’s great that people come with families, as this way, the children will catch the donorship bug, too,” says Lomp, emphasising that: “Our activities are simple and comprehensible and this in turn has created a very positive atmosphere around donorship.”

The donor tent tour kicks off on 22 and 23 May in Pärnu, where the staff of Pärnu Hospital’s Blood Service will invite kind locals to yellow tents to do good deeds celebrate spring. Next, the Blood Centre of the Medical Centre will put the tents up on the Freedom Square in Tallinn on 5 and 6 June. From Tallinn, the tents will move on to Rakvere, Keila, Paide, Viljandi, Rapla, Haapsalu and Tartu and the summer ends once again in Pärnu on 12 and 13 September.

The donor tent project is made possible thanks to cooperation with the Rescue Board, the Defence Forces, the Ministry of Social Affairs, the Ministry of Defence, the Police and Border Guard Board, county and city governments, the Estonian Road Administration, the Recruitment Centre of Estonian Defence Forces, the Estonian National Defence College, the Defence League, the Estonian Red Cross, AS Tallink Group and many others. According to Ülo Lomp, the tent project is made possible via cooperation between all of the institutions who feel either directly or indirectly worried about or responsible for people’s lives and health.