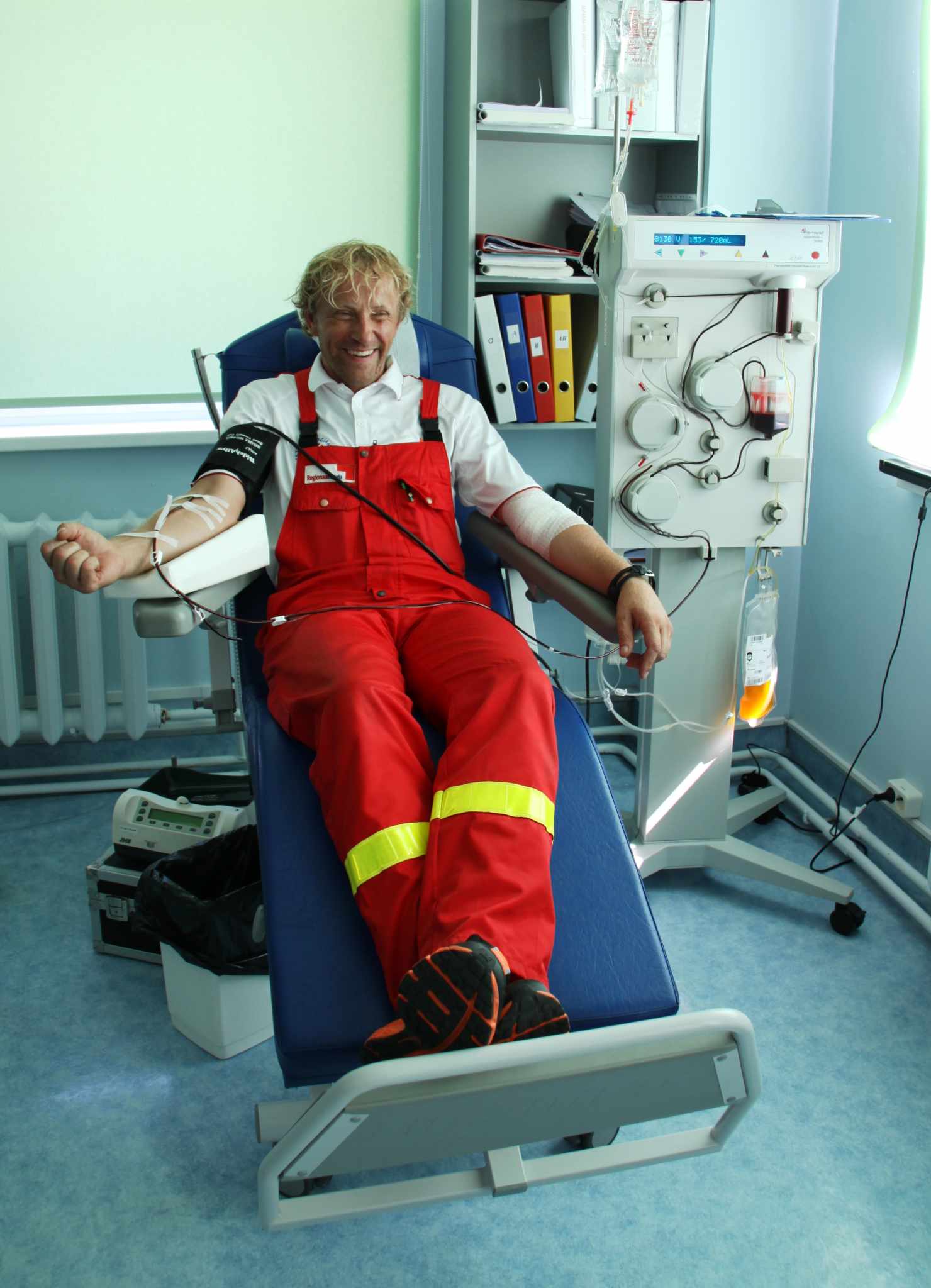 According to National Institute for Health Development statistics published today, 33,154 people donated blood a total of 57,789 times last year. Similarly to previous years, the average number of blood donations was 1.7 per donor. In 2016 there were 5303 first-time donors, which is 16% of all blood donors. The number of apheresis donors has grown remarkably.

In 2016, 718 apheresis donors donated certain blood components (such as thrombocytes, erythrocytes, plasma and multiple components) 3,234 times. On average, there were 4.5 apheresis procedures per donor. For example, in plasmapheresis, three treatment doses of plasma are collected, which would usually require the help of multiple full-blood donors. Since patients who need blood transfusions tend to need more than one dose, it is safest to transfer one donor’s plasma, because this reduces the risk of the reactions that may occur during a transfusion.

Apheresis procedures formed 5.6% of all blood donations and have increased by two percentage points in the last two years.

Almost 18,000 patients in hospitals all over Estonia received transfusions of analysed blood components collected from donors.

Whether the donor blood is a match for a certain patient is assessed before a transfusion and when a blood product is ordered from the blood centre, but also during and after the transfusion. Nevertheless, there remains a slight chance that a blood component that is transfused could cause a reaction in the patient, meaning an undesired consequence of the transfusion. Last year, 0.6% of patients (101 in total) had a transfusion reaction. That is the smallest number of registered reactions in the past six years. The most common reactions are urticaria and other light allergic reactions or a short-term rise in body temperature.

The statistics of blood donations, including the use of blood components, is accessible from the Health Statistics and Health Research Database.