Women can give blood every three months, while for men the interval is every two months.

More than 1,400 litres of blood given in donor tents this year

This summer, 3,132 donors made donations of a total of over 1,400 litres of blood in donor tents operated by the North Estonia Medical Centre’s blood bank and similar services at Tartu University Hospital and Pärnu Hospital. The friendly donor community gained 630 new first-time donors. 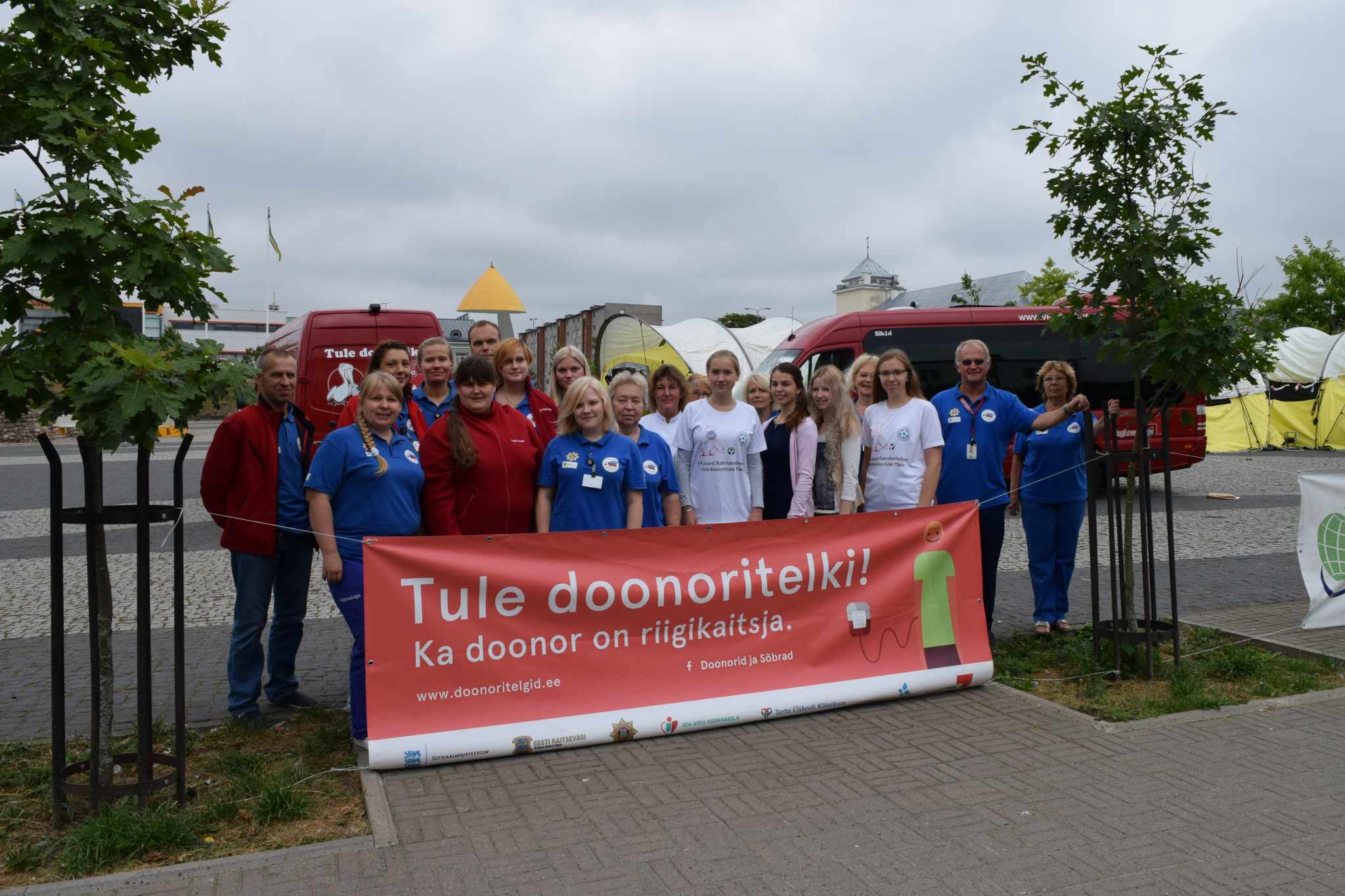 “This summer’s slightly cooler weather was a very good one for the donor tent tour, which proved the most successful one in nine years. Our cheerful-looking yellow tents were visited by a record number of donors and thanks largely to the well-meaning, friendly donors, all patients got the help they needed,” said Riin Kullaste, director of the NEMC Blood Centre, adding: “We are especially pleased with the positive feedback from donors for the donor tents project, and as one of the donors who visited the Rakvere tent on 24 August wrote, ‘Donor tents are the best promotional event! Simple and catchy – a message about the need to protect people. The organizers were super!’”

Over the summer, the North Estonia Medical Centre blood bank donor tents made stops in Keila, Paide, Rapla, Haapsalu and, on two occasions each, in Rakvere and Tallinn. Over 20 days, 2,358 donors gave blood, of whom 418 were first-time donors; the total yield was 1,061 litres of blood.

Tartu University Hospital blood service donor tents were up on Town Hall Square in Tartu and Viljandi’s main square. In the tents in these two cities, 434 people gave blood, of whom 152 were donating for the first time. A total of 195 litres of blood was collected.

Pärnu Hospital’s tents could be found in Pärnu, the country’s “summer capital” in May and September. Over the four days, 340 people gave blood, of whom 92 were donating for the first time in their lives. A total of 153 litres of valuable blood was collected.

Everyone who donated was entered in a drawing held by tour operator Goadventure. The grand prize is a weeklong trip for two to Turkey. The lucky winner is the 37-year-old Pärnu native Boris Razumov, who was a first-time donor on 10 September in Pärnu.

To be eligible for giving blood, donors should be healthy, rested, have recently eaten, weigh at least 50 kg and be between the ages of 18 and 60, and either an Estonian citizen or have lived in Estonia over a year on the basis of a residence permit. The Blood Centre encourages donors to give blood regularly, three or four times a year. Each donation helps at least three patients. Donor blood is most often needed by cancer patients, women in childbirth and newborns, and patients who underwent serious operations. Anaemia, blood loss, severe injuries; and people with various other illnesses are other conditions where a transfusion may be needed. Around 20,000 patients a year receive blood transfusions at Estonian hospitals.

The donor tents toured the country for the ninth summer under a motto – “Ka doonor on riigikaitsja” – that points out that donors also do their part to contribute to national defence. The tour lasted 28 days. The tour, which runs from May to September, stopped in nine cities and towns: Tallinn, Keila, Rapla, Paide, Haapsalu, Rakvere, Pärnu, Tartu and Viljandi.

This year donors had separate Estonian and Russian-language information resources available at www.doonoritelgid.ee providing all manner of information related to the donor tents.

See you in next year’s donor tents!