If you get an invite, be sure to accept it. Apheresis donors are the donor elite – not everyone gets asked.

The Blood Centre celebrated its 75th birthday with this inspiring call: come and help those in need reach their next birthday! 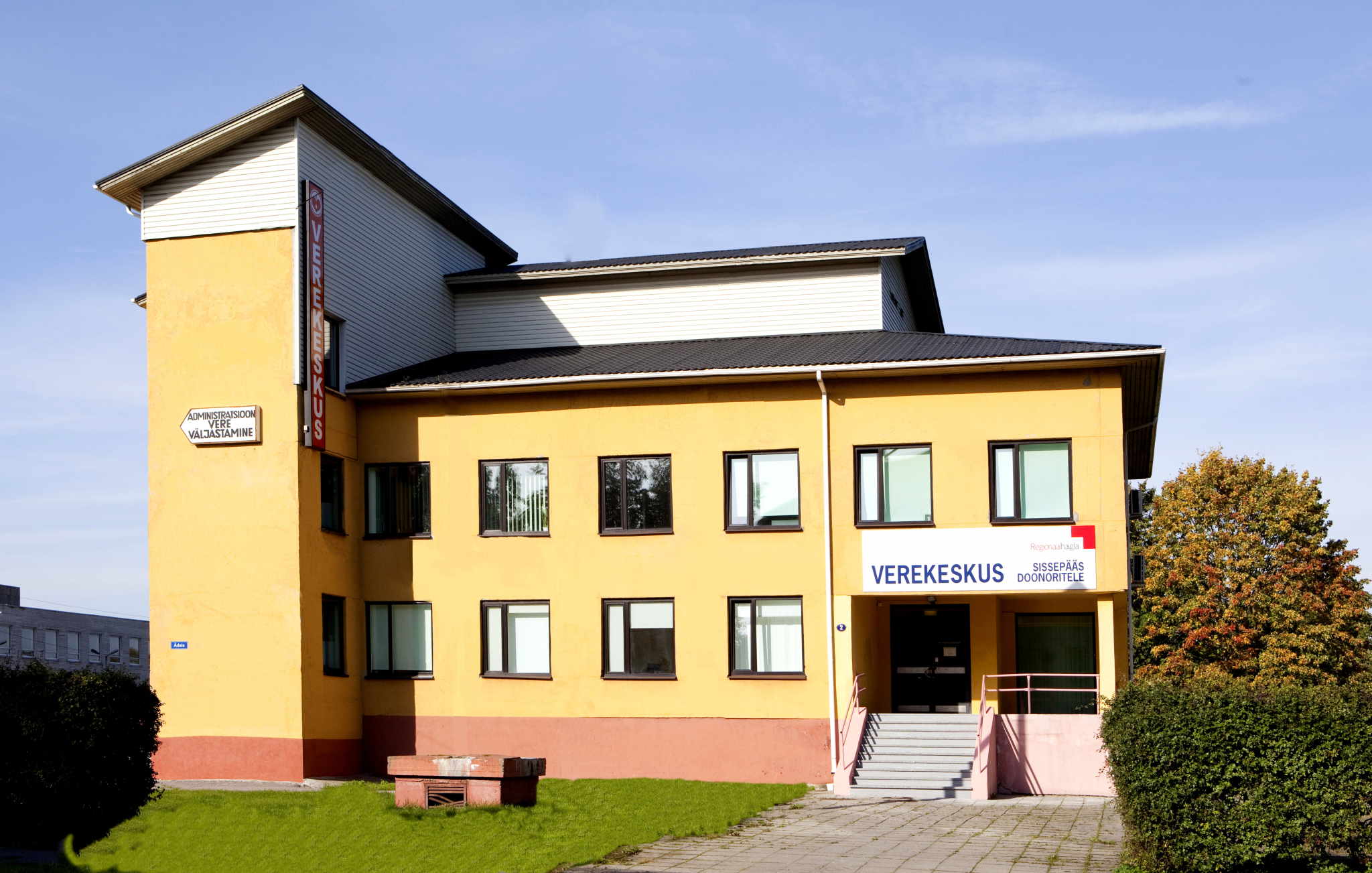 On 16 May, the Blood Centre of the North Estonia Medical Centre celebrated its 75th birthday. This was to mark the date on 16 May 1941 when Herman Paul Rossmann, chief physician of the National Station for Blood Transfusions, informed hospitals that the National Station for Blood Transfusions has started operating and would provide blood for transfusions. That is why 16th May is considered to be the birthday of the Blood Service. To lend more dignity to the solemn celebration of this day, active honorary donors who have donated blood over one hundred times were invited to the Blood Centre at midday. To make this day even more special for our donors, celebrations included live music, cake and letters of appreciation.

“Our deepest gratitude goes out to our exceptional regular donors who have taken the time to make a contribution to saving the lives of others over one hundred times – they are the real heroes. On our birthday, we would like to express our sincere appreciation in the name of the Blood Centre as well as those in need of help to our new, long-time donors whose lifestyle and desire to help others have saved many lives,” said Dr Riin Kullaste, Head of the Blood Centre. She added: “By giving blood, we can make sure that Estonia has the supplies needed to save the lives of all who need blood – after all, nobody is safe from accidents and other misfortunes, which is why we would like to get this message out to all healthy, caring Estonians: come and help those in need reach their next birthday!” Donor blood is used for operations and complicated births, and in treating patients suffering from cancer, liver disease, a haemorrhage, severe injuries, anaemia, leukaemia, burns and many other diseases and conditions. Also, donor blood makes it possible to carry out many planned operations that would otherwise be impossible due to excessive blood loss.

Celebrations for the Blood Centre’s 75th birthday will continue in the autumn with the conference “From Vein to Vein” on 28 October, which will include a number of interesting presentations on the Blood Centre’s area of work and on the use of blood in hospitals. What is more, this summer marks another milestone regarding our donor tents – 10 years have passed since the summer we first started to organise those events. 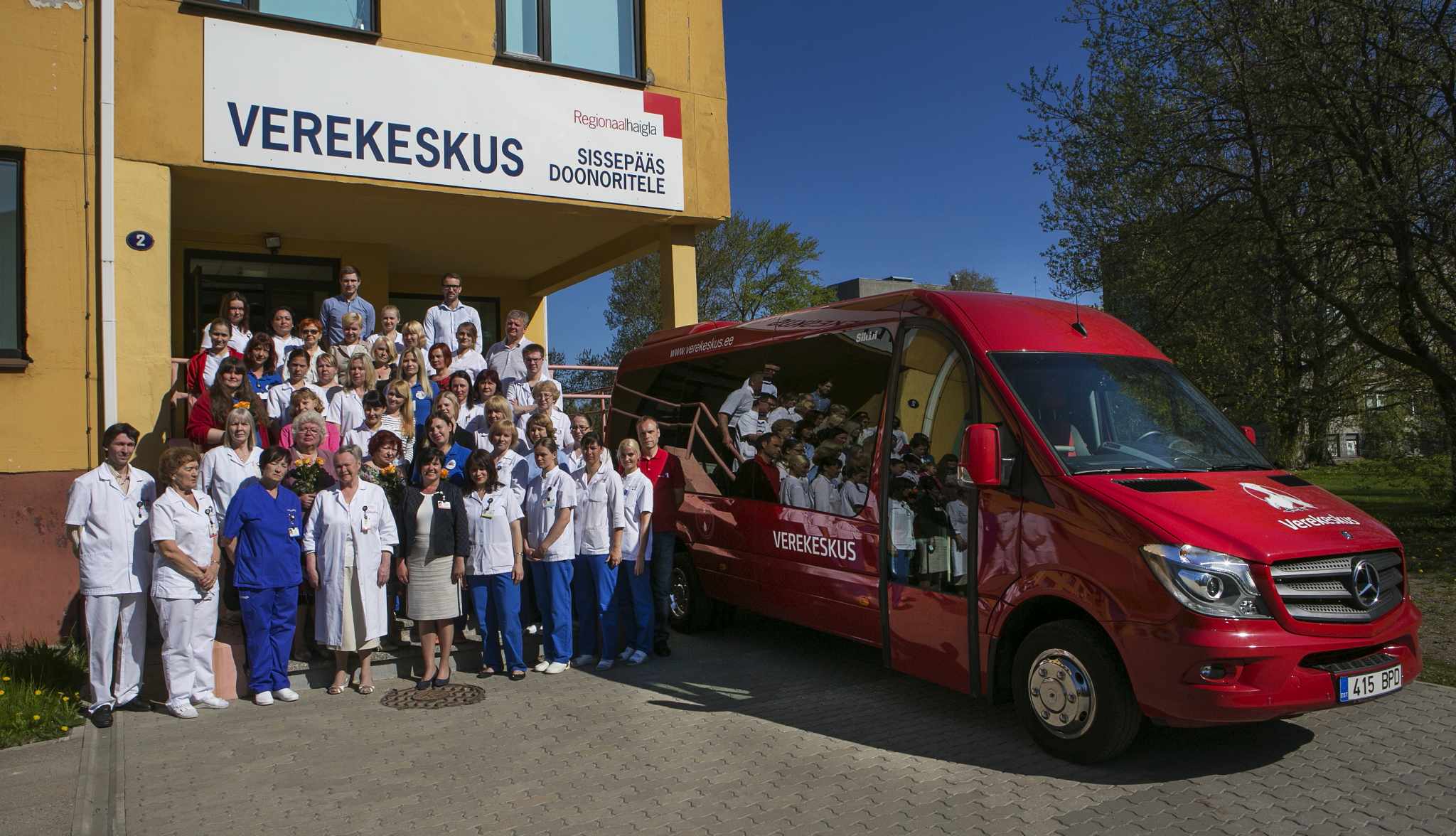 The Blood Centre, operating under the Diagnostics Division of the North Estonia Medical Centre, employs 96 people, among them 10 doctors, 31 nurses,13 lab technicians, 6 preparation operators, 12 receptionists, 5 assistants and others. Astrid Kroonmäe, who currently works as a nurse at the DoonoriFoorum office, is our longest-serving employee, having worked at the Blood Centre for 45 years.

History of the Blood Centre 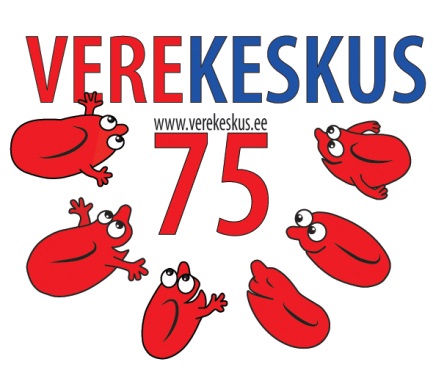 Throughout its 75-year-history, the Blood Service has been operating out of a number of premises all over the city, besides Ravi Street in Sakala and Lai Street. In 1987, we moved to our current building in Ädala Street and, in 2009, we opened the DoonoriFoorum office on Narva Road, in the centre of Tallinn.

On working days, the Blood Centre’s mobile team is represented at various cultural venues and institutions. Our mobile team sessions schedule is available at http://www.verekeskus.ee/doonorile/valjasoitude-graafik/