Giving blood is the simplest way to do good. 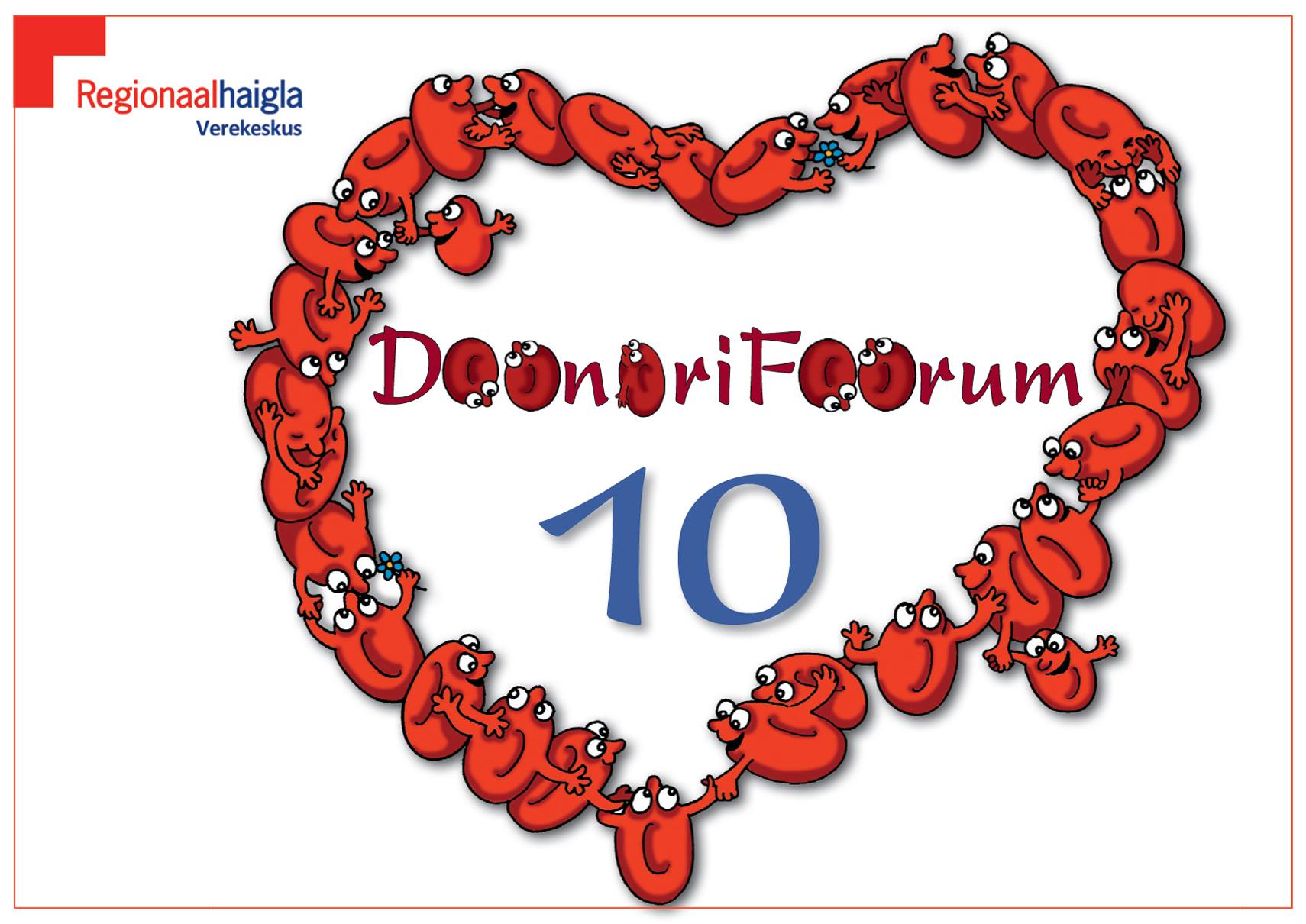 10 years ago on 14 February, the North Estonia Medical Centre’s Blood Centre opened DoonoriFoorum on the fourth floor of the Foorum Centre (Narva mnt 5) in Tallinn. To celebrate its 10th anniversary, DoonoriFoorum will serve cake on 14 February at 12:00. Minister of Health and Labour Riina Sikkut will also join the celebrations.

According to Dr Riin Kullaste, Director of the Blood Centre, the aim of DoonoriFoorum was to make donating blood as quick and easy as possible. Many blood centres in European countries have opened blood donation points at the heart of larger cities, which have been active for years and proved their worth and efficiency. To introduce the idea in Tallinn, the Centre cooperated with the Estonian Blood Donors’ Association. The location was selected on the basis of the expectations and needs of donors, incl. access to public transport and parking facilities and the size of the investment. According to Kullaste, the facilities of the Foorum Centre best suited the expectations and needs of both donors and the Blood Centre. DoonoriFoorum features a waiting and registration room for donors, two examination rooms, a blood donation room accommodating six people and rooms for supplies and staff.

Minister of Health and Labour Riina Sikkut commends both the employees of the Blood Centre and all active donors: “Each year, there are thousands of people in Estonia whose lives and health are directly dependent on the contribution of blood donors.” According to the minister, donors deserve to be acknowledged and thanked in society more often than only on special occasions. “I believe that the more people who help others of their own free will without expecting anything in return, the stronger and more caring the Estonian society is. Donating blood is one way to help people who are in dire need,” remarks Sikkut, who is a donor herself.

Dr Kullaste is happy that donors have embraced DoonoriFoorum: over the last 10 years, it was visited by more than 16,000 donors who made over 88,500 donations. 29% of all blood donations received by the Blood Centre every year are made in DoonoriFoorum. The Blood Centre hopes that more health-conscious people will find the opportunity to contribute as donors and the people of Tallinn are very welcome to visit DoonoriFoorum at Narva mnt in the city centre. Dr Kullaste remarks: “We analysed the visits to DoonoriFoorum and consequently adjusted its opening hours. As of 2 January 2019, DoonoriFoorum will operate on the basis of new opening hours: 9:00-16:00 Monday and Friday and 10:00-18:00 Tuesday-Thursday. Lifts to the fourth floor are inside the Foorum Centre.”