O+ and A+ are the most common blood types in Estonia – each representing about 30 percent of the population. 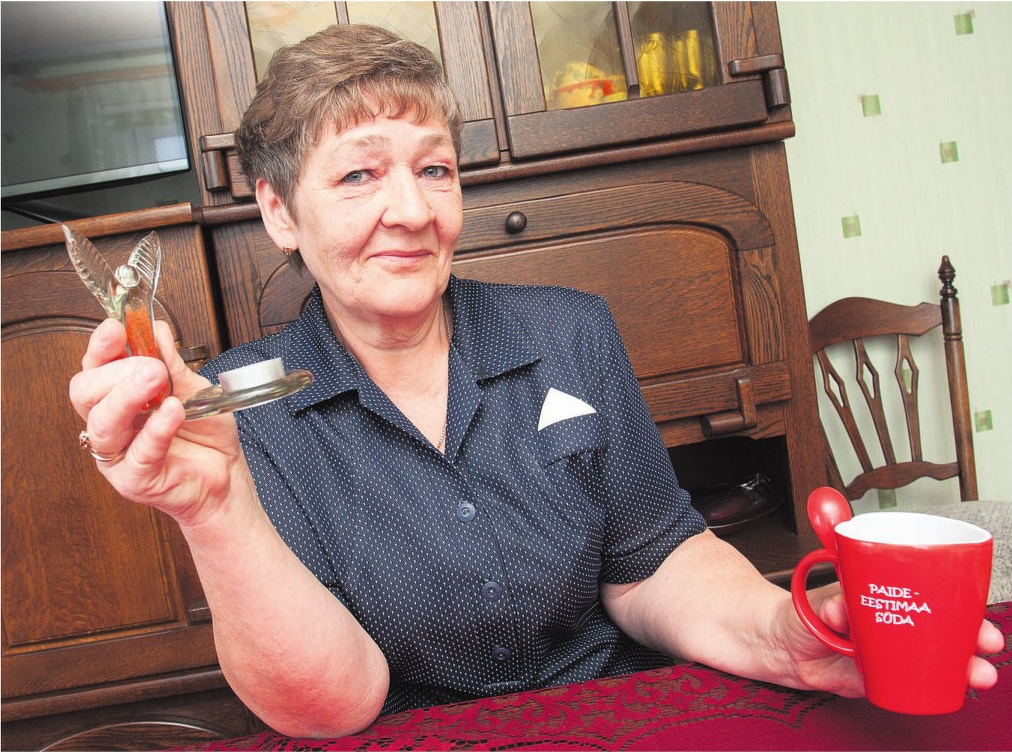 Each time the Blood Centre mobile unit visits Tapa, Ilme Tito is among the first at the scene – and it’s been that way for 27 years. “It’s like an addiction!” she exclaims. “Every time I see your bus, I come out. There’s something inside me that says I have to. I don’t know what it is exactly.”

Here at the Blood Centre, we feel there’s such a thing as a “helpfulness bug” and it’s quite a common condition among donors. Apart from the blood-donating bug, Ilme is in fine health – she has never been turned down for a blood donation once in all those years.

June 2014 marked a very important moment for Ilme. She gave blood for the 100th time – at the Tapa event. As she started her donations back in 1987, she has given a total of 45 litres of blood and thus helped hundreds of patients.